The Centre Sèvres – Facultés jésuites de Paris is an institute of higher education and research sponsored by the Jesuit province of France, Belgium and Luxembourg. It trains Jesuits, religious and lay people of all nationalities. It delivers canonical diplomas under the authority of the Holy See. 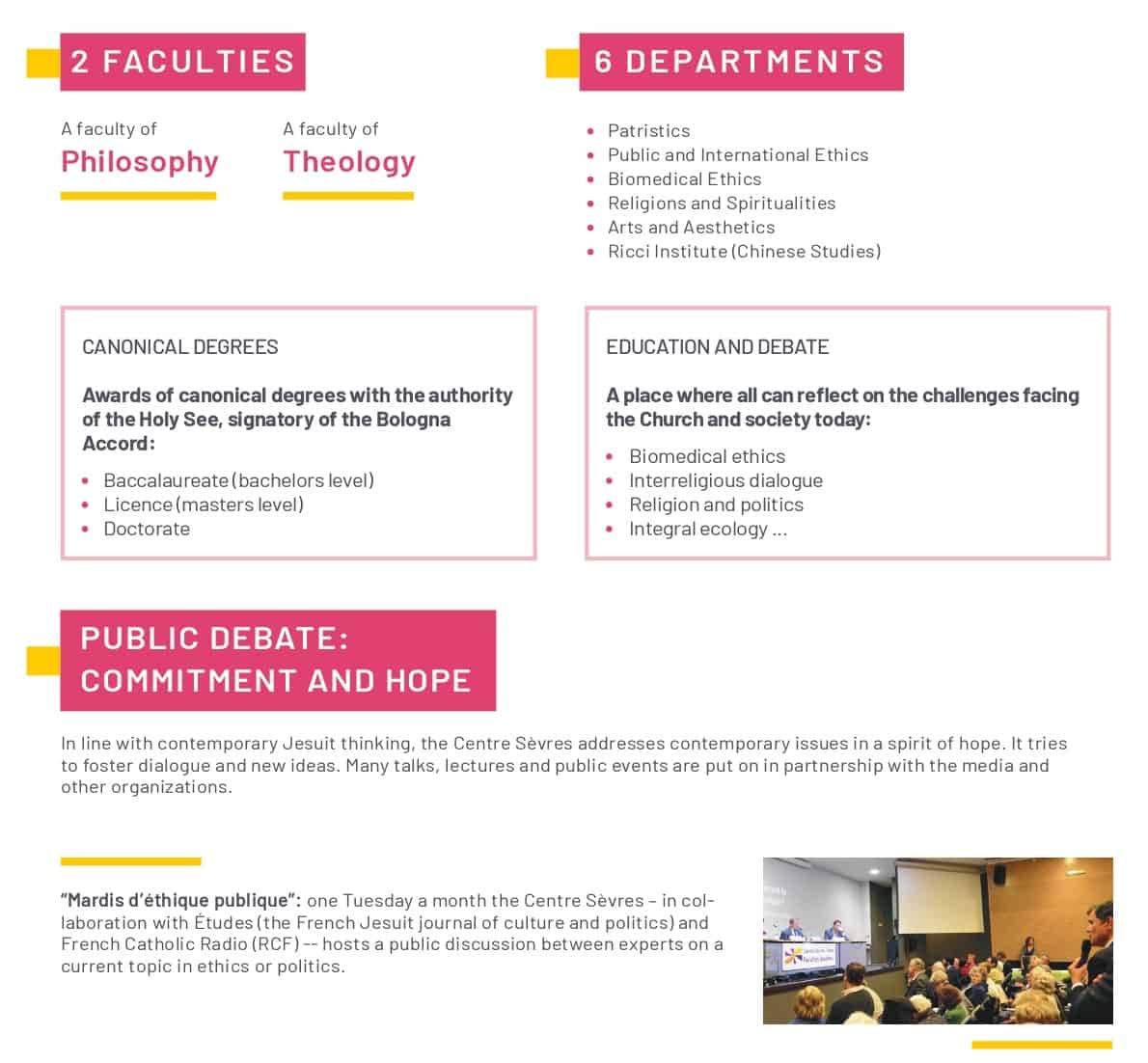 The Centre Sèvres is an association in terms of the French law of 1901. By virtue of its canonical status, it is also under the authority of the Congregation for Catholic Education of the Holy See.

Day-to-day operations are the responsibility of a Senior Management Team, whose members are the Rector, the directors of the baccalaureate and licentiate cycles, the deans of the faculties, and the secretary general.

1974 : The Centre Sèvres – named after the street in which it is located – came into being with the merger of the Faculty of Theology in Lyon (Fourvière) and the Faculty of Philosophy at Chantilly. It continues the intellectual tradition that has marked the Jesuits since their foundation.

This event has been added to your calendar.

No configured calendar was detected on your device.